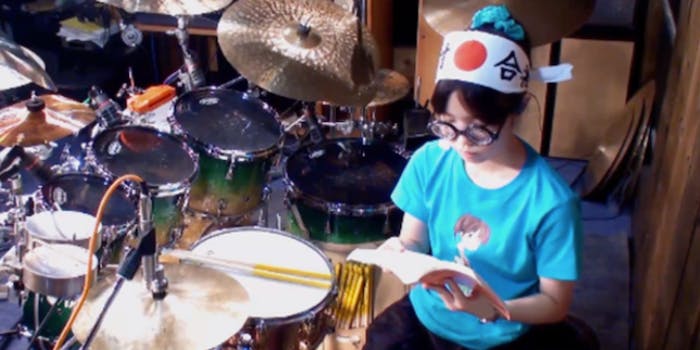 Bow down to this amazing 16-year-old drummer

Senri Kawaguchi is a human octopus.

If you’ve never seen a human octopus, meet Senri Kawaguchi, a 16-year-old drummer who’s already better behind the kit than most people twice her age.

In her latest video, Kawaguchi, who’s been featured on Drummer World and Zildjian.com, attacks the kit with grace and speed, to the point where it’s hard for your eyes to keep track of where’s she going. My favorite part is the beginning, when she casually looks up from reading and glances at her watch, like, “Oh, yeah, time to absolutely nail these drum fills.”

On her YouTube page, Kawaguchi has several more videos of her practicing and playing live, including one from when she was just six years old.