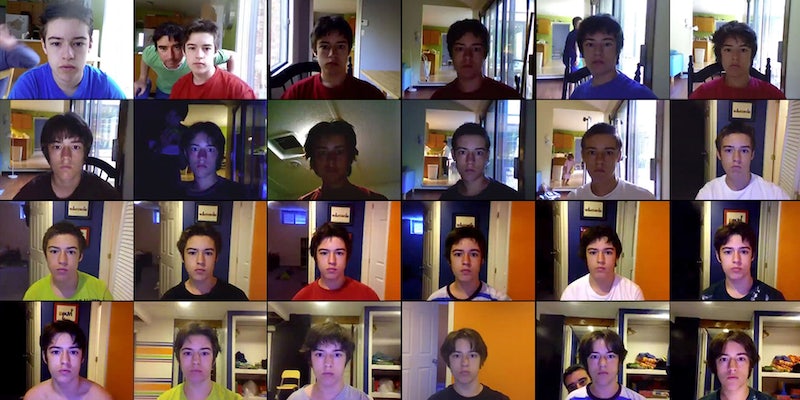 Watch this teen grow up via 7 years of selfies

Boyhood may have captured the world’s attention by spanning 12 years of a boy’s life on film, but one teenager is well on his way to documenting his life even more intricately through daily selfies.

Hugo Cornellier has taken a selfie a day since age 12, and now seven years later he’s connected them all together in a mindblowing video.

Cornellier got the idea for his selfie project after Noah Kalina posted his six years of selfies video in 2006. Corneiller began documenting himself at age 12, and the montage shows a much more dramatic change over the seven years than Kalina pulled off with his installment. It’s also interesting to see the progression from different settings—childhood kitchen, bedroom, and eventually college dorm room. Cornellier also progresses to more shirtless or half-dressed photos as he progresses into adolescence.

After uploading his first four years of pictures in 2011, Cornellier wrote on Reddit, “I plan on keeping this up forever. Either until the day where I am physically incapable of continuing, or the day that I die.”