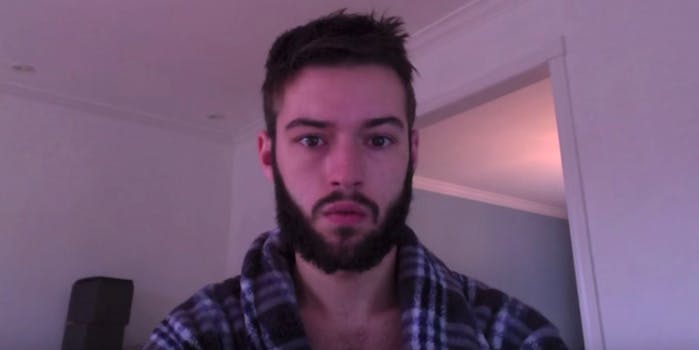 YouTuber keeps up with selfie-a-day project, updates his original

One thing’s for sure: YouTuber Hugo Cornellier is definitely dedicated.

The now 20-year-old vlogger first went viral in 2014 after taking a selfie every day for six years and then editing them all together into one flipbook-style video. The project was inspired by a similar selfie video that artist Noah Kalina released in 2006, with the major difference being that Cornellier grows up before your eyes in his version.

He released an update of the video this week, now with over 2,500 selfies (and even more of a transformation), and it’s going viral all over again:

And the project shows no signs of stopping.

In the video’s description, Cornellier writes: “See y’all at the 10 year mark. ;) This is an on-going project! I will never stop taking pics. Ever.”