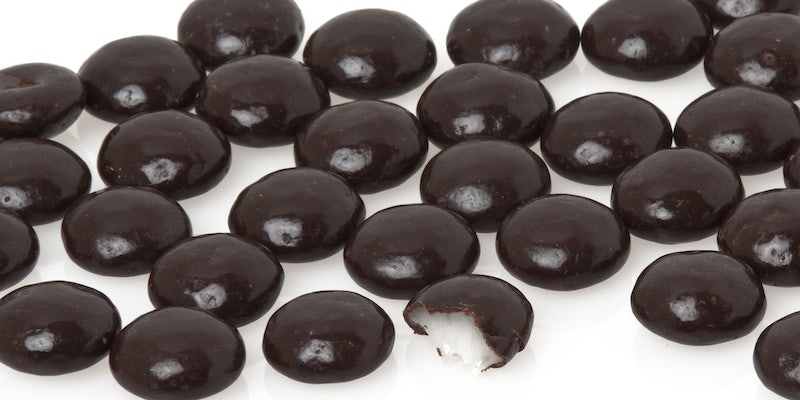 A ‘Seinfeld’ episode comes to life in the Junior Mint game

It’s chocolate, it’s peppermint, it’s delicious! Now, the Junior Mint, the tasty confection at the center of a 1993 episode of Seinfeld, is now a video game.

The parody Twitter accounts @Seinfeld2000 and @SeinfeldToday have both ushered in a new degree of interest in the 1990s sitcom. Both accounts depict how Jerry, George, Elaine, and Kramer would adjust to life in today’s tech-heavy society. Recently, the cruder of the two accounts, @Seinfeld2000, imagined the Season 4 episode “The Junior Mint” as a video game.

In the episode, Jerry and Kramer nearly kill Elaine’s artist boyfriend when, as they observe his surgery, Jerry inadvertently knocks a Junior Mint out of Kramer’s hands and into the boyfriend’s exposed chest cavity.

At thejuniormint.com, the focal point of the episode is brought to morbid—and playable—life. Assuming the role of either Jerry or Kramer, the objective is to get your Junior Mints into the chest cavity from high up in the observation area. Forces such as doctors, other Seinfeld characters (hello, Newman), and—for whatever reason—Miley Cyrus try to impede your progress along the way. Thankfully, each of these obstacles can be knocked out with a bouncing Junior Mint, à la the old Atari game Breakout. 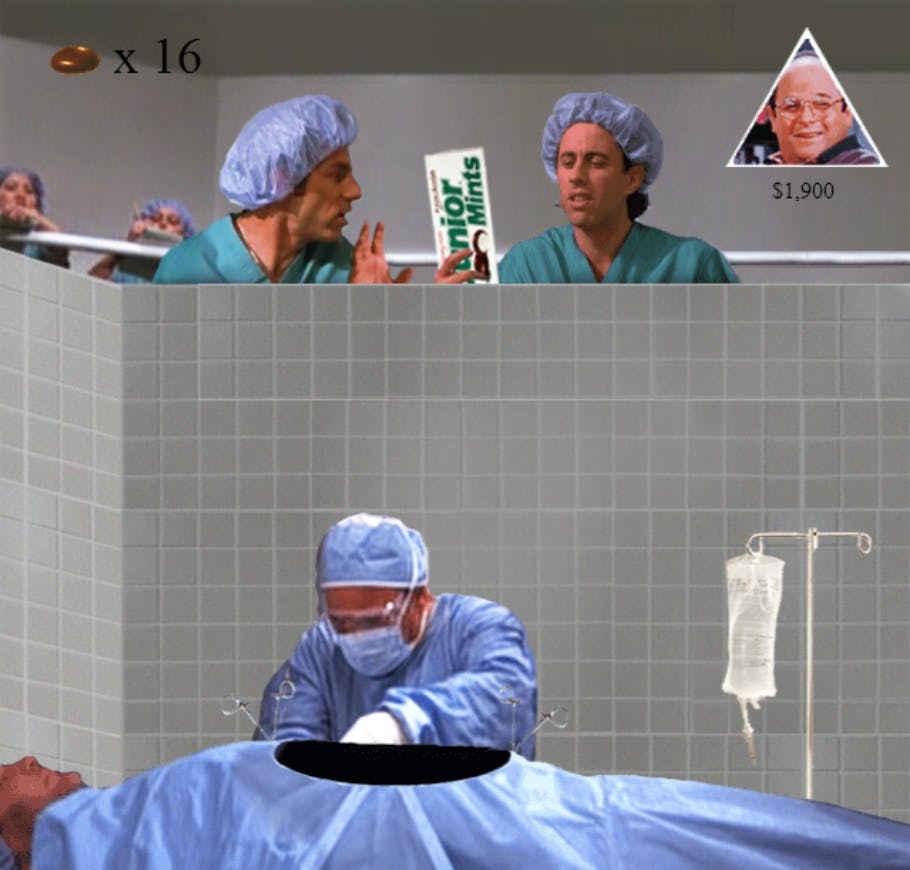 Your soundtrack to the game is provided by none other than Ezra Koenig, lead singer and guitarist of Vampire Weekend, who hums the famous Seinfeld theme.

In that game, Newman wouldn’t exactly be a deterrent.