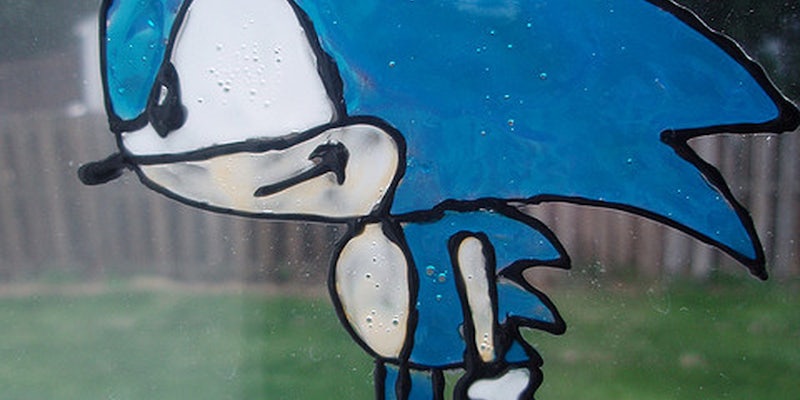 Throughout history, there hasn’t been a more competitive match-up since the glory days of Nintendo and SEGA.

Between 1989 and 1994, Nintendo’s Super Mario Bros. franchise faced off against SEGA’s Sonic the Hedgehog for the button-smashing fingers of children around the world. The competition was so stiff that SEGA released a commercial with the punch line “Genesis does what Nintendon’t” referencing the company’s popular SEGA Genesis game system.

Now 20 years later, the competition between these two vastly different companies has cooled. Nintendo has turned into a video game console giant while SEGA has abandoned console development to become a video game publisher.

But, while Nintendo may be winning the video game war, it does not hold a candle to SEGA’s Twitter prowess.

SEGA’s official Twitter account has 305,000 followers, almost double Nintendo’s. It makes dozens of updates a day, most of which are direct responses to fans inquiring about games, the business, and bugs. And sometimes the responses are pretty funny.

About a week ago guitarist Justin Whang mentioned the official SEGA Twitter account in a tweet praising Jet Set Radio, a popular SEGA Dreamcast game where you skate around a Tokyo-like city spray-painting walls.

“What I wouldn’t give for @sega to make a new Jet Grind game,” wrote Whang under his Twitter account @HotPikachuSex, which references a species of Pokemon.

“I was just genuinely weirded out by the thought of Pikachu sex,” Bryant told the Daily Dot in an email interview. “I have no idea who @hotpikachusex is.”

Bryant’s response to @hotpikachusex, “What I wouldn’t give to have not read your user name,” went viral around the net and was called “the ultimate tweet” on Reddit.

We asked the SEGA Twitter users to expound on their tweeting experiences.

Daily Dot: What was it like for you all to see the response to @HotPikachuSex go viral on Reddit and elsewhere around the net?

Kate Bryant: It was pretty awesome to see my words on the front page of Reddit, even though it wasn’t my intention at all to get attention from the tweet.

Kellie Parker:  I heard about the tweet via my own Twitter, when people started congratulating me and telling me how funny my tweet was… and I had no idea what they were talking about. I wish I had written it, and I think it’s hilarious. It’s always a thrill to see something you or your team has done shared around the Internet. I am often asked how to make something that will “go viral”, and I always say that thinking that way is the first mistake. When making content, don’t think “viral”, think “awesome”. And this is a great example of that. It wasn’t intended to be a viral thing… it was intended to be awesome.

Julian Mehlfield: I was setting up for an event that day, so similarly to Kellie, I found out about the tweet later that night.  It was a fun opportunity to show off what we do and the impact it has. I think that having a good sense of humor and talking to people like they are people is what shines here, it just shows we’re here to have a good time and don’t really take stuff too seriously.

DD: This sort of playful Twitter attitude is something many other big companies are trying desperately to imitate. What do the big-wigs at SEGA think about your candid tweets? Have they said anything about the @HotPikachuSex conversation?

KB: I think you can’t fake being playful and having fun. Kellie, Julian, and I all have pretty goofy personalities and while we are tweeting on behalf of SEGA, it’s important that we’re interacting with people beyond repeating marketing messages. We try to answer all the questions that we can, even though we do have to ignore some that relate to things that aren’t announced, are just rumor, etc. The big-wigs are on board with us having playful conversations – I think everyone was excited to see lots of people talking about SEGA’s Twitter account, even if it was for something silly.

KP:  I totally agree with Kate—you have to be authentic. Although we speak as SEGA, and anything that we say is reported as “SEGA says…” (and this incident certainly demonstrates that), we are not afraid to let our individual personalities and style show through. Our fans know us by name, and often approach us at events because they recognize us. We try to answer as many as we can, although obviously we cannot discuss anything we’ve not publicly announced. Our execs support us in doing what it takes to engage our fans and create buzz for SEGA, even if our ideas, projects, and interactions are a little outside of the traditional box.

JM: We’re a fun group and like Kate and Kellie have noted, the twitter responses are a public showing of our personalities.  I’ve seen some folks on twitter be a bit taken aback by our posting style, as they expect a more corporate response to tough questions or just to be ignored outright. I’ve always maintained that if folks are posting, it’s because they care.  No matter how snarky, rude, or hate filled the post may be the underlying reason is to get noticed.  Responding to these posts is fun, because you kind of skip past all the nonsense and get to the root issue, hopefully providing some insight along the way.

DD:  What is a typical day like at SEGA?

KB: The SEGA of America community team (Kellie, Julian and myself) all work out of SEGA’s San Francisco office (We also have a counterpart in London, our European HQ). We each handle community relations for different titles and spend our days interacting with the community through a variety of social platforms: Twitter, Facebook, the SEGA blog, Flickr, YouTube and our Forums, just to name a few. We keep a content calendar so that we’re all on the same page with PR and marketing as far as when announcements are made or when content like game trailers are shared. We really view our job as to bridge the gap between formal marketing speak and our fans.

KP: As Kate said, running the Twitter account is just a portion of our jobs. We work closely with many departments at SEGA — including marketing, creative, product development, and licensing – to give them a sense of what our fans want and to get information we can relay back to our fans. We don’t have tweet quotas or anything like that – we work much more organically. We tweet about stuff we think our fans will be interested in. That could be our own marketing messages such as a contest or a new game trailer, some rad Sonic art we saw on the Internet, or a behind-the-scenes photo from our offices of our morning donuts or someone in a weird hat or whatever. We love to show our fans that there are real people who work at SEGA, and we definitely have a “work hard, play hard” attitude. The only thing I can think of that would be frowned upon in terms of tweets is something that reveals something we haven’t already announced, or something that is inappropriate coming from our brand.

DD: Like most video game developers, SEGA has had its fair share of ups and downs, but diehard fans still can’t get enough of classics like Sonic the Hedgehog and Jet Set. How does it make you all feel to see these sorts of praises? And how do you answer people who want the inside scoop on the next installments?

KB: It feels great. I know that most of the people that work at SEGA grew up playing SEGA games, so it’s always nice to hear that people like the same things you do and are supportive of your work. If I have scoop to share, I definitely try to.

KP: Our fans are the life blood of our community. Being so active in conversations with our fans is not just a one-way street. We know many of our fans by name and have become genuine friends with some of them. Even when fans complain that we’re not making/re-making their favorite game, we know that they do it out of love for us and our products. Fans ask us for unannounced information all the time, and answering those questions can be tricky. We obviously can’t reveal anything that hasn’t been announced, but we don’t want to lead people into thinking we’re going to announce something that we aren’t. It’s difficult to be clear and yet vague at the same time.

JM: Like Kellie and Kate, I’m a big fan of SEGA and it’s great to see fans out there that have similar favorites.  It’s fun to interact with folks who are looking for a return to their favorite franchise, even if we can’t always give them the answer they want to hear.  We’re pretty much always getting requests for games or questions about upcoming products, stuff we can’t answer, and probably in a frequency that’s beyond what most expect.