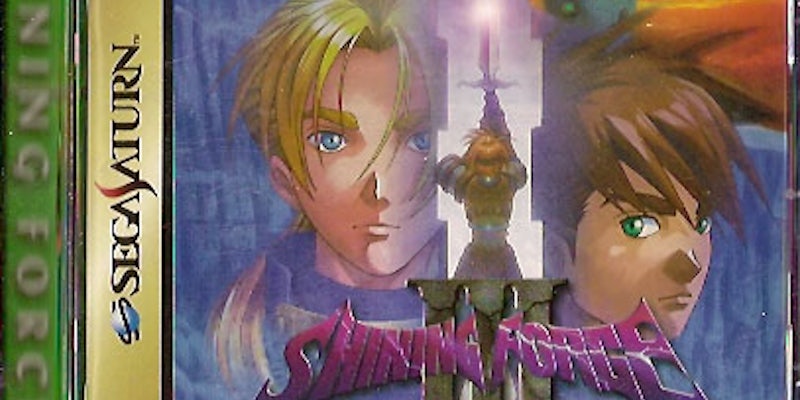 The YouTube community around Shining Force III, a 15-year-old game that was never fully released in the U.S., has started receiving takedown notices from Sega, even though many of their videos use no in-game footage.

When Shining Force III was released for the Sega Saturn about 15 years ago in Japanese, American gamers cried foul.

Of the three scenarios included in the role-playing game game, only the first was officially translated into English, leaving the game drastically incomplete for English players.

Since then, a community of dedicated gamers has been translating the remaining parts of the series, despite the Sega Saturn’s difficult programming methods. Other fans have posted playthroughs with commentary and translations on YouTube to help Shining Force III fans fully experience the game. This has all occurred for years without any interference from Sega or the video sharing giant.

The creators of the YouTube videos have been threatened with permanent bans because of copyright infringement.

“In addition, several Shining series fans made videos recording themselves, not a game, just appearing on screen stating how much they’d like new installments of the games,” synbios16 wrote on Reddit. “These videos have also been flagged for copyright infringement, even though no game is actually played in the video, just the person’s appearance and voice.”

At least eight different YouTubers have had their accounts banned, or videos removed, in the last 24 hours. One of these users is MarauderEX, who received the following message from SEGA’s customer support:

“Hello, We never give explicit permission to use our intellectual property. However, in cases like this we tend not to take action unless we or our products are slandered in the derivative works.”

Over the last 20 years, SEGA has transformed from a console developer into a video game producer. Although the company is a shadow of what it used to be during the early days of Super Mario Bros. and Sonic the Hedgehog, redditor pmac135 doesn’t know how banning videos on YouTube can help SEGA’s business or its reputation.

“There are literally no negative consequences out of a community of people who actually love your game series, and put in enough time and effort to translate it from scratch,” pmac135 commented. “Why the hell would you alienate your most dedicated fan base? When’s the last time you saw SEGA make an effort to port these (relatively ancient) games?”