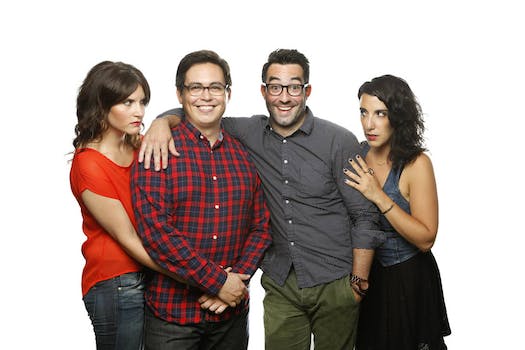 Photo via Seeing Other People Webseries

‘Seeing Other People’ is as funny as a breakup

It is almost intriguing just how disjointed something so short can be. Confused itself by what we’re supposed to find funny, it jumps around tonally—frequently interrupted by animations that often serve only to recap (in a five-minute episode) what just occurred. All this while pivoting an entire series off a premise that would’ve been played for a single tired laugh in a ’90s sitcom.

That premise is this—one of two couples, who have hung out together for four years, decides to “break up” with the other. You can no doubt foresee the structural reasons for providing this scenario; it allows a cavalcade of weird characters to be trotted out as each, now separated, couple looks to make new friends.

Likewise you will also understand why this sort of this setup would never be allowed to fill more than five minutes of that aforementioned ’90s sitcom. Because once the brief amusement surrounding the contrived substitution of a couple in the place ordinarily reserved for a single person subsides, the viewer is left with a bunch of characters who don’t behave like normal people. Which is fine, of course, but you can’t expect to easily extract pedestrian relationship gags when the landscape has been shifted.

It’s all a bit sad. Because those animations—by Patrick Hosmer, who also features—actually look pretty swell, and there is undeniable enthusiasm.

But it is a misstep. An attempt to stretch out a comedically finite scenario with little thought as to the effect it would have on the rest of the series. As such it is off the mark, and for both their sakes and futures in comedy, you kind of hope the creators now realize that as well.