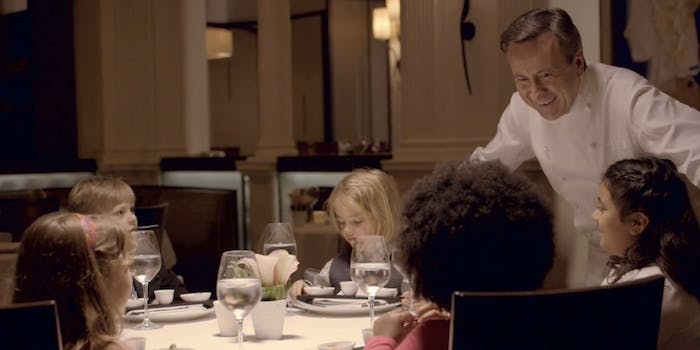 2nd graders review one of NYC’s most exclusive restaurants

Fish eggs are a nay, but cookies are a yea.

You’re never too young for fine dining, or at least that’s the thesis behind The New York Times Magazine’s latest video that gave six second-graders the opportunity to eat at one of New York’s fanciest and most expensive eateries.

For its fall food issue, The New York Times Magazine sent the students from P.S. 295 in Brooklyn to Daniel for a typical tasting menu, which costs $220 a person and was not watered down for kid tastes. At least these kids didn’t run up the bill with expensive wine and mixed drinks, although the staff clearly prepared them some fun kid-style mocktails to go along with their meals.

In the video you see the kids go from prim and proper about being in a fancy setting to unabashedly vocal and opinionated as the meal goes on. They definitely aren’t big fans of the inventive appetizer courses that range from fish eggs to a squash pasta one child explains is like “eating soap.” However, once Chef Daniel Boulud start putting out main courses of fish and steak, the kids come around. Dessert is then an obvious winner, with chocolates hidden in poppable balloons and lemon-scented madeleines.

Try not to get too jealous that children are having a better dinner than you are tonight.