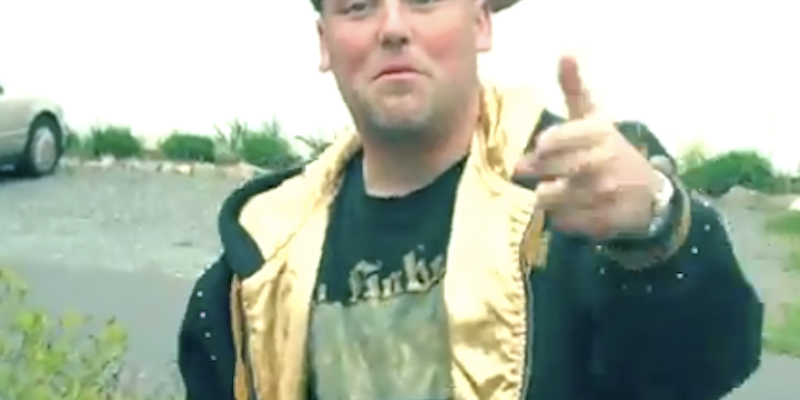 Boston's Blake Boston is trapped in a meme and trying to rap his way out with a new self-aware, weekly series on YouTube.

Blake Boston is determined to become a professional rapper, even if he has to do it on the Internet’s terms.

The 21-year-old Boston father rose to online infamy after a photograph of him was used to illustrate the now ubiquitous Scumbag Steve meme. But rather than speak out against the unflattering image macro like fellow meme Potato Girl, Boston has embraced it.

Or, as he wrote on his Tumblr, “Im down with the meme. Like I had a choice?”

Apparently, the video is that start of a new weekly series. Scumbag Thursday: It’s not exactly Kanye West’s GOOD Fridays, but it’s a start.

The video is catnip for haters. Boston misses no opportunity to make fun of himself. He wears the iconic Scumbag hat and stands in the same doorway as in the image macro. The lyrics include his own friends kicking the obviously offensive Steve out of a party.

Sure, Boston never intended to find Internet notoriety. But this scummy video makes it clear that Boston is willing to accept the persona millions of strangers have thrust on him—so long as it holds a possibility of leading to some cash or, even better, fame on his own terms.

He’s trapped in a meme, trying to rap his way out. That is, if the Internet will let him.