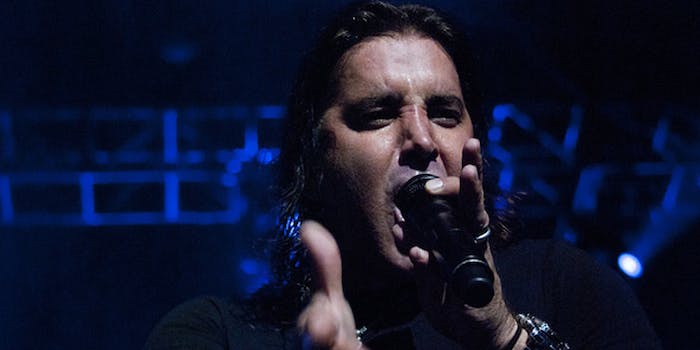 The rock singer continues to spiral out of control.

Scott Stapp, a rock star who once fronted the band Creed and now seems to be in the late stages of a total mental breakdown, just days ago told his family he was on a CIA mission to kill President Barack Obama. Now TMZ has released audio recordings of several strange 911 calls he’s placed over the past two months, none of which could be used as proof of sanity.

In the four clips below, the troubled singer insists that he’s been chased for six to seven weeks by people who took $20 million from him and intend to kill him, and that his estranged wife, Jaclyn Stapp, has stolen his truck. He also left a voicemail for the dean of his son Jagger’s school, warning that the terrorist organization ISIS was planning an attack in Florida.

“The people of Florida are at risk. I’ve uncovered the core of ISIS—it’s within my own family,” he says after asking about Jagger’s safety. “Please call me immediately. This is not a joke.”

Still anyone’s guess as to what’s going on with this poor guy, but it seems like one of those things that only gets worse over time.