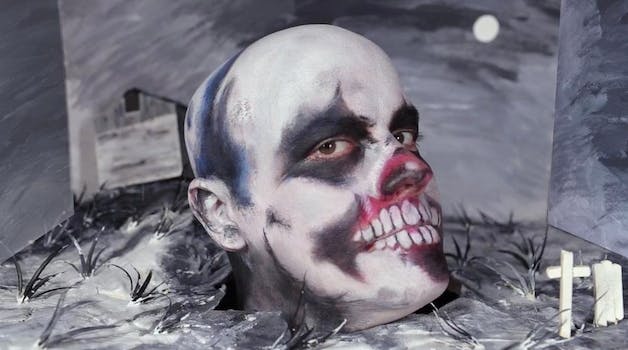 The book that ruined countless kids’ childhoods is getting a documentary

You remember the drawings. Now you can help someone chronicle and relive them.

The very mention of Scary Stories to Tell in the Dark might send shivers down your spine.

The book’s drawings are seared into my brain, and I remember tormenting my younger sister with one particularly disturbing illustration, perhaps as a way to channel my own fear. Anyone who read those books in the ’80s or ’90s likely has a story about their experience—and their nightmares.

Cody Meirick posits that those books, while unsettling, are part of our modern collective folklore. Meirick is so convinced of their important that he has set out to make a documentary about it.

CBS Films is reportedly making a movie based on the Scary Stories franchise—three books were released between 1981 and 1991—but Meirick’s documentary, which he’s crowdfunding on Indiegogo, will be different. He plans to explore the book’s censoring, its connection to folk history, the moral panic it incited over the decades, and how author Alvin Schwartz and illustrator Stephen Gammell collaborated to produce the classic tales.

Meirick launched his Indiegogo campaign on March 18 with a fundraising goal of $28,000. If you donate $2,100, you can actually star in the documentary and work out your childhood issues on camera.