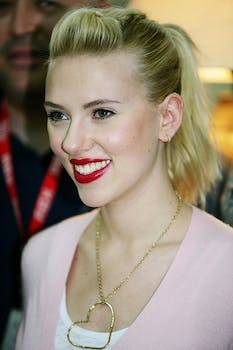 Scarlett’s nude photos cause tears of joy, pangs of remorse

Fans raced for their laptops on Wednesday to view actress Scarlett Johansson's leaked nude photos. A day later some of them have second thoughts.

As Scarlett Johansson sought FBI help yesterday to track down the hackers who allegedly leaked nude photos of the actress, users of social news site Reddit gobbled the photos up — and then felt a little guilty.

The site’s mostly young and male demographic lavished the two photos with thousands of upvotes and comments.

Both of the leaked photographs made it to the site’s front page, as did numerous other references to the pictures. Some redditors even produced what they claimed were professional-quality enhancements of the blurry cell-phone photos.

“Tears of joy streaming down my face,” wrote redditor LLUB. “Oh my god, my decade-long quest is at an end. I am finally at peace.”

But after devouring every last hint of the actress yesterday, some began having second thoughts — a pleasure and guilt psychology experiment on the scale of Reddit’s 20 million unique monthly visitors.

In a post that received nearly as many comments as in the photographs, redditor aboutandy asked: “Should we really be celebrating the invasion of people’s privacy?”

Most of the top-voted comments in the thread agreed with this sentiment.

“None of the blame falls on her,” wrote sirctseb in that thread’s top voted comment. “You are allowed to take naked pictures of yourself. You are not allowed to hack phones and steal pictures.”

Redditors weren’t the only ones objecting to the release. On her tumblr blog, cartoonist Megan Rose Gedris echoed the sentiments of many on Reddit. That post was reblogged over 500 times by Tumblr users.

This latest hacking scandal comes on the heels of a similar release of nude photos of rapper Kreayshawn, Hacking group Hollywood Leaks took credit for that stunt.

Meanwhile, the FBI is investigating similar hacks into the cell phones of other big name celebrities, including Mila Kunis, Jessica Alba, and Justin Timberlake.