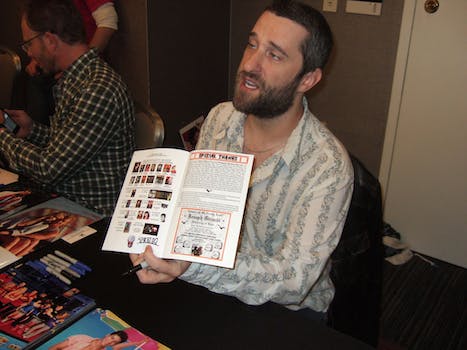 Dustin Diamond of ‘Saved by the Bell’ arrested for switchblade possession

Dustin Diamond, the actor best known for his role as goofball and class geek Screech in the 1990s sitcom Saved by the Bell, was arrested in Wisconsin on Friday, TMZ reports.

The actor and comedian was apprehended for possession of a switchblade, carrying a concealed weapon, and reckless endangerment.

Police haven’t provided any additional information, but one source told TMZ a bar fight may have sparked an altercation that led to the arrest. Diamond is expected to appear in court this afternoon.

It’s the latest controversy for the 37-year-old actor, who directed and released his own sex tape in 2006. His tell-all book Behind the Bell, published in 2009, made some unsavory claims about the show’s behind-the-scenes activities that other actors later refuted. He later produced the Lifetime film The Unauthorized ‘Saved by the Bell’ Story.