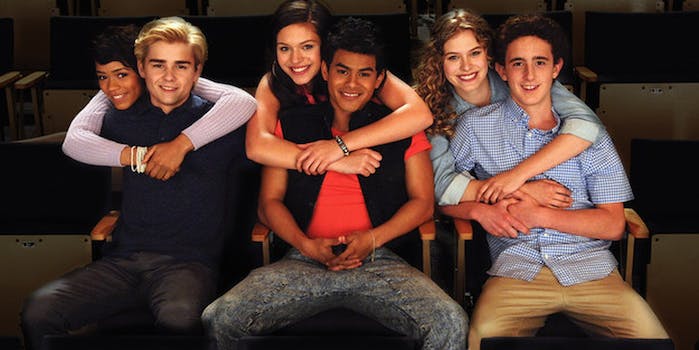 ‘Saved by the Bell’ is getting its own Lifetime movie

As the wave of ’90s nostalgia continues to knock us down as we attempt to get back up again, another favorite is getting the spit-and-polish treatment: Saved by the Bell.

Yesterday, it was announced the early ‘90s Saturday morning sitcom that gave the world Jessie Spano’s diet pill freakout would be getting a Lifetime movie subtly titled, The Unauthorized Saved by the Bell Story, which will air Sept. 1.

The show’s original casting director found 2014 equivalents to the show’s ’90s cast, including stars of Supernatural and Degrassi: The Next Generation, in order to tell the “unauthorized” story, which is sourced from actor Dustin Diamond’s scandalous tell-all, Behind the Bell. Diamond, who played Screech on the show, allegedly regrets writing that book and claims it was full of inaccuracies, but that apparently hasn’t stopped an unauthorized movie from being made out of it.

The Behind the Music approach to the show’s relationships and rumors will likely prohibit it from getting too scandalous. This is, after all, a Lifetime production.

Lifetime is also responsible for the upcoming Aaliyah biopic. Somehow the channel has managed to evolve by continuing to live in the ’90s.

I wrote a fan letter to Mark-Paul Gosselaar in the early ’90s and got an autographed photo back, so I’m not going to lie—I’m sort of excited for this.