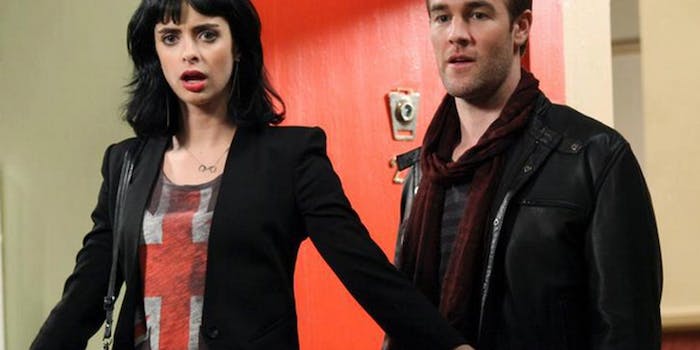 "Sad to say ABC has pulled #Apt23 and will not be airing the 8 remaining episodes any time soon," tweeted James Van Der Beek.

Fans of Don’t Trust the B—- in Apt. 23 are hoping to resolve their trust issues with ABC after the network all but canceled the show.

Devoted watchers have created a Facebook campaign in an attempt to save the quirky comedy from cancellation. The page, created in December in response to rumors of the show’s demise, gained momentum after James Van Der Beek tweeted that it had been axed.

“Sad to say ABC has pulled #Apt23 and will not be airing the 8 remaining episodes any time soon. Translation: we’ve basically been cancelled,” tweeted Van Der Beek, who plays a parody of himself on the show.

The page is steadily growing in fans, with about 2,600 likes at last check. Many of the messages are from fans professing their love for the show or delusional postings for other networks to resume production.

“Please don’t cancel this show, I love it,” wrote Hoot Crawford. Another fan suggested writing to CW or Showtime to complain. “This show needs to be on!” demanded Sarath Chandra Kumar.

The show generated a loyal and vocal fan base but failed to grab respectable ratings after it was moved from its plush post–Modern Family slot. A recent airing collected a measly 1.76 million viewers—landing it in last place in its time slot—making it unlikely it will ever be shown again.

Additionally, social media campaigns have rarely, if ever, saved shows.