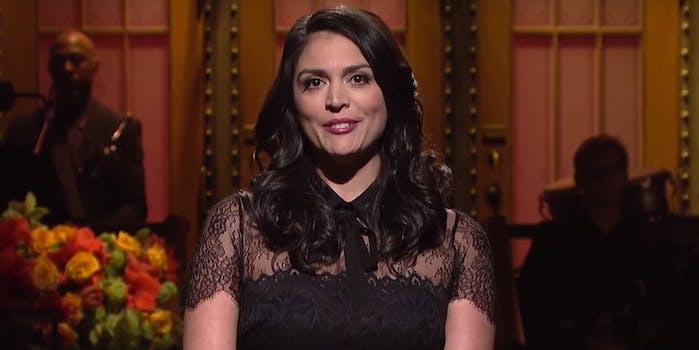 'Paris is the city of light.'

Cast member Cecily Strong addressed the audience in English and French, saying, “Paris is the city of light, and here in New York City, we know that light will never go out,” before announcing, “Live from New York, it’s Saturday night.”

On Friday, Stephen Colbert also addressed Paris, offering words of support at the end of The Late Show.