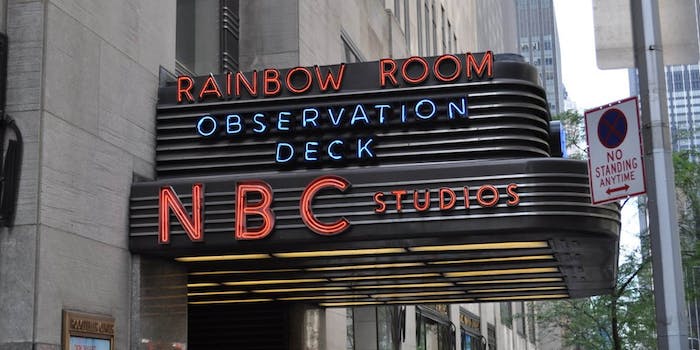 Audio-dubbing app lets you recreate your own ‘SNL’ sketches

NBC’s Saturday Night Live (SNL) has a new way for fans to create their own video skits. The comedy show is celebrating the end of its 40th season by letting users of the audio-dubbing app Dubsmash brew up their own sketches using audio snippets from the season’s best moments.

SNL will provide Dubsmash users audio clips from the 40th season’s popular digital shorts, such as “New Disney Movie,” “Back Home Ballers,” and “Office Christmas Party.” Fortieth anniversary celebration sketches like “Celebrity Jeopardy,” the return of Stefon, and Kate McKinnon’s portrayal of Hillary Clinton will also be available. SNL plans to add more audio clips over the summer, and will even take fan requests for adding their favorite memorable lines.

Dubsmash users can access the SNL audio files via a folder hosted on the app’s home page. The app’s users will be able to record a video with an SNL file dubbing over the audio, and upload the resulting clip to Facebook, Instagram, Twitter, and other video-friendly social sites using the hashtag #DubsmashSNL. SNL will select the best submissions from users and promote them across the show’s social media accounts.

To demonstrate the kinds of content users can create with the SNL audio files on Dubsmash, several of the show’s cast members created their own clips by using a portion of Carly Rae Jepsen’s “I Really Like You,” which the singer performed when she was a guest during the 40th season. Cecily Strong sings to a slice of pizza, while Pete Davidson twirls in place while singing to the viewer.

You can make your own SNL-based skits and dubbed videos by downloading the Dubsmash app from the iTunes app store or Google Play. Dubsmash currently boasts over 50 million total downloads on Google Play alone.