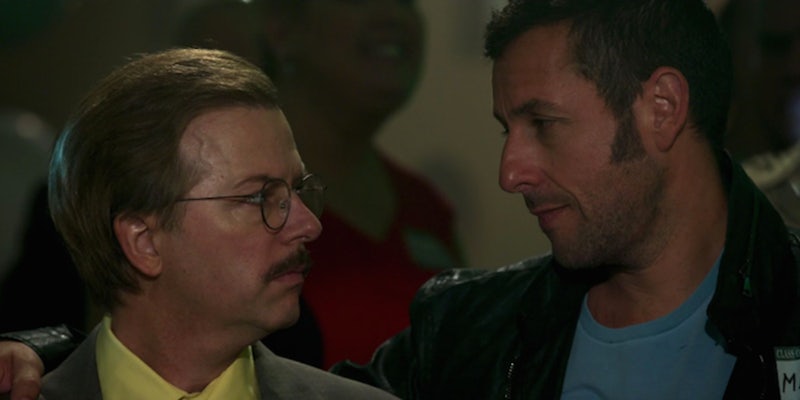 Oh boy. Adam Sandler has a new Netflix original movie coming out, but this one’s a little more promising than his last.

It’s called The Do-Over, and its biggest asset is fellow Saturday Night Live alum David Spade. Spade plays an uptight bank manager who reconnects with his childhood best friend (Sandler) at their high school reunion. Bored of his suburban life, Spade hits the road with Sandler, who works as an FBI agent—or does he?

If we’ve learned one thing from the last decade of Sandler projects, it’s that he can produce some true garbage when left to his own devices, but it seems like bringing Spade on as a collaborator resulted in a movie that actually looks… fine? Don’t get us wrong, it won’t be nominated for any Oscars, but judging by the trailer, this thing might be on par with a middle-of-the-road Melissa McCarthy movie: