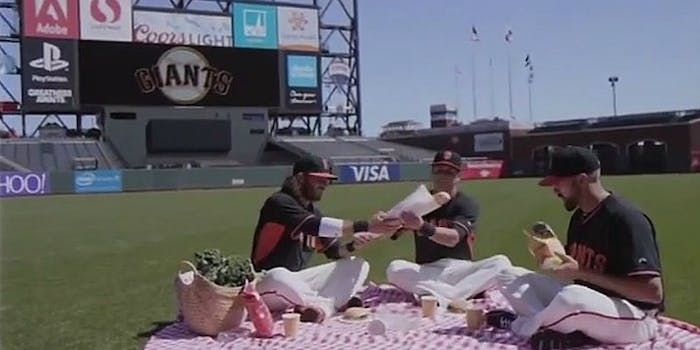 With the recent news that a Full House spinoff will be coming to Netflix, a few members of the San Francisco Giants opted to display their excitement by performing their own version of the iconic TV show’s intro.

And their takeoff—which includes not-so-candid smiles, a picnic in the outfield, and a cameo from the most-beloved male character from the show whose name is not John Stamos or Bob Saget—is rather outstanding.

First, in order to reacquaint you and to insure that the Giants’ homage makes sense, here’s the Full House intro. In case you’ve forgotten, the show is set in San Francisco. Which also happens to be where the Giants play baseball.

And the Giants’ spoof, cleverly (and obviously) titled “Full Clubhouse.”

Nice work, everybody. The only regret the Giants probably have is that neither the Beach Boys nor Steve Urkel make an appearance.