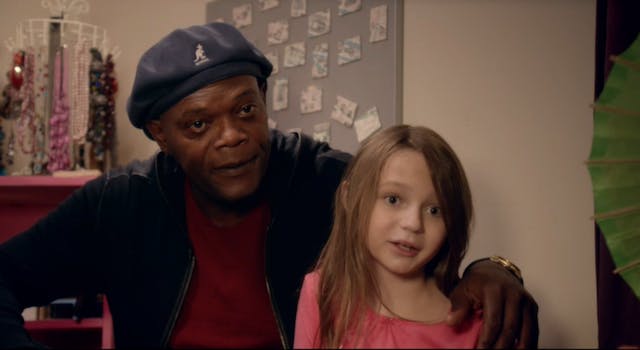 Samuel L. Jackson to voters: “Wake the f*ck up”

The profane Hollywood actor has a simple message in regards to the upcoming presidential election.

Samuel L. Jackson has one message for people who don’t care about this year’s election:

The ad channels Jackson’s viral reading of the “children’s book” Go the Fuck to Sleep from 2011 and plays out as a children’s story. While it starts off similarly to the aforementioned book, it follows Jackson and “Susie” as they try to rouse her apathetic family into caring about the election in November.

The video targets everyone from baby boomers to young women, college students to the elderly, as Susie’s family is initially wary to take action until Jackson pops in and gives them a piece of his mind.

As the title suggests, “Wake the Fuck Up” is as profanity-ridden as the children’s book Jackson narrated. Adam Mansbach, who wrote Go the Fuck to Sleep, also penned the script for the video, and once he found out that Jackson had been cast he revised the script for him, according to Yahoo!

“Sorry my friend, but there’s no time to snore/an out-of-touch millionaire has just declared war/on schools, the environment, unions, fair pay/ We’re all on our own if Romney has his way/And he’s against safety nets. If you fall, tough luck/ So I strongly suggest that you wake the fuck up.”

Jackson’s new ad seems to be a hit online. While the original video appeared on the official Wake the Fuck Up website, it later appeared on YouTube and is currently stuck at 303 views

“This video is better than talking to a chair any day,” WChrisbell wrote, who referenced actor Clint Eastwood’s conversation with an empty chair (meant to represent President Obama) during the Republican National Convention last month.

Users of social news site Reddit argued the political points brought up in the video in r/politics, from both sides of the political fence and point out the hypocrisy in Jackson telling them to go to sleep in one video but to wake up in another.