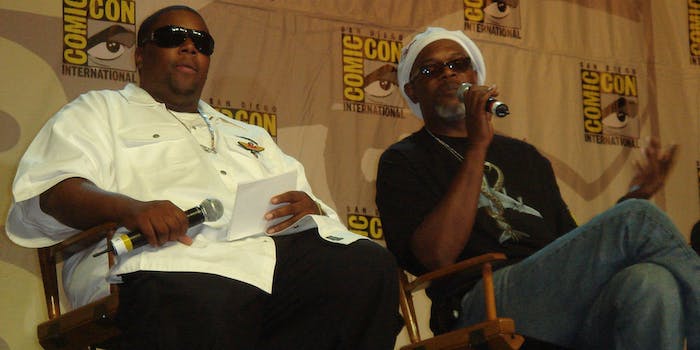 This supercut of Samuel L. Jackson uttering his favorite swear is cuss-tastic

What would Snakes on a Plane or Pulp Fiction be without the actor's signature swear?

Warning: The language in this story and video might be considered NSFW.

When the swearing gods decide to take the brilliant and talented Samuel L. Jackson from this earth back to glorious [email protected]#king heaven, we’ll already have the perfect in memoriam video montage cued up thanks to the folks over at The Huffington Post.

A couple of the genius entertainment editors did the lord’s work by compiling this cuss-tastic supercut of every time Jackson has uttered his signature swear, “motherfucker,” throughout his career. The grand cursing total comes in at 171 utterances in 27 different films.

But Jackson’s signature swear isn’t superfluous. The actor says it’s a necessay tool in preparing himself for his roles. As he told the crowd at the American Institute for Stuttering gala last year, his cursing isn’t just for our amusement, it helps him get through days when his stutter flares up. As Vulture reported:

some days, the best thing for me to do is say my favorite word, and I get through it: ‘Motherfucker!’…I say it and it helps, like even if I just say it to myself, under my breath. I don’t stutter when I say that word.

A full list of Jackson’s swear count in each film is available over at The Huffington Post for you swearing purists. For the rest of you, enjoy this motherf&*kin’ supercut, and the range with which Jackson can imbue a single word.