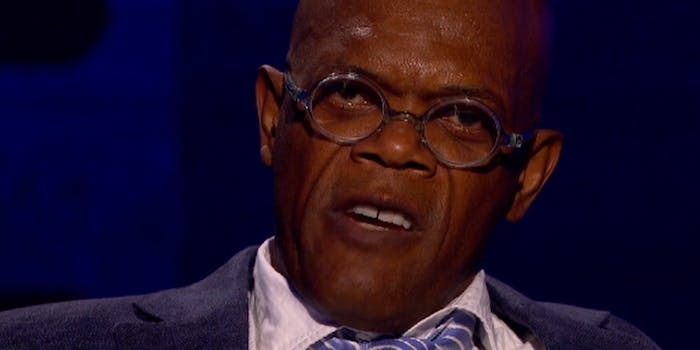 We'd read the Bible if Jackson narrated it.

Pulp Fiction celebrates its 20th anniversary this year, which should make some of us feel really old. Last week, Samuel L. Jackson stopped by The Graham Norton Show for a chat. When Norton asked if he still remembers his fire-and-brimstone speech from the movie, in which recites a passage from Ezekiel 25:17, he said yes, and proceeded to recite it, allegedly from memory, as Keira Knightley looked on.

Jackson was asked to recite it to the theoretical man who might pick up his daughter for a date, which somehow makes it more terrifying.

I’ve got to agree with Time‘s Nolan Feeney here: I’d read the Bible if Jackson narrated it.