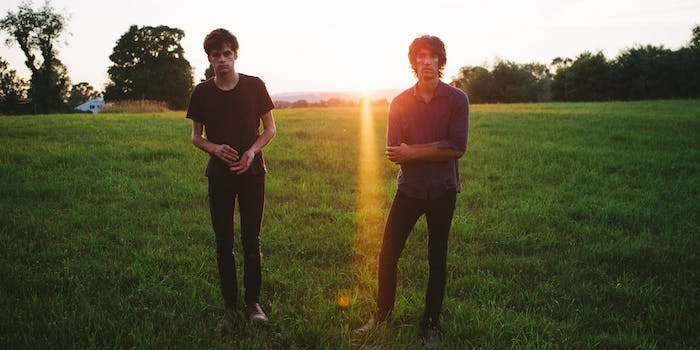 Saint Rich and the subliminal messaging in pop music

In Spotify Essentials, the Daily Dot curates custom playlists created by some of our favorite artists and writers. In this installment, “Delicate” Steve Marion of Saint Rich reveals the shocking subliminal messaging in pop music.

IT’S ONE OF POP MUSIC’S MOST WELL-KEPT SECRETS: Every successful pop icon has employed subliminal messaging (among other) techniques to gain superstardom.

The commonly accepted narrative of young, scrappy upstart (Farrokh Bulsara, Stefani Germanotta, etc.) achieving super-stardom via self-transformation, talent, and force of will, is at best fallacious, and at worst a smoke screen designed by the artists themselves to obscure their nefarious methods for winning stardom.

In reality, our monolithic figures of popular song have utilized a highly complex, da Vinci Code-esque, system that has been passed down and refined over generations.

Our mix reveals one of the rudimentary techniques acquired at the first level of THE SYSTEM (Operating Lyricist level 1, or OL-1) in which songwriters employ “the power of suggestion” to subtly influence the listener at the deepest levels of their unconsciousness.

The following songs all contain references to THE RADIO. The effect of this messaging is to create an association between the artist and the radio. Fans will be compelled to call their local station and request the songs.

The evidence speaks for itself.

Saint Rich’s debut album, Beyond the Drone, is out now on Merge Records. You can follow the band on Twitter and at SXSW: