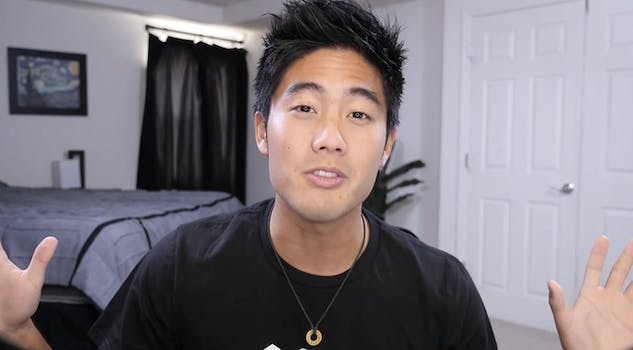 Talent turns to the mirror, unleashes the drama for #RoastYourselfChallenege.

YouTubers love a challenge, and recently YouTubers have loved drama with each other, so YouTuber Ryan Higa came up with a way to combine the two.

As prominent YouTube stars like Pewdiepie and KSI have taken digital swings at each other in public lately, Higa has wanted to get in on the feud action too. One problem: He doesn’t have a problem with anyone.

“As much as I want to be a part of the whole drama scene, I don’t want to fight with anyone,” explains Higa in his most recent video. “Back in the day when I started, in 2005 and 2006, YouTubers didn’t fight with each other. We all helped each other out.”

So Higa is lending a helpful content hand for YouTubers who don’t have actual feuds. He suggests they beef with themselves, participating in his #RoastYourselfChallenege.

“The idea behind this challenge is basically to look at yourself as if you’re another person and then do exactly what the title says—roast yourself,” he explains. “Once you realize and call yourself out on your flaws, it’s a lot harder to make fun of someone else’s flaws.”

just filmed mine. It is brutal! Will post Wed for my birthday! HAHA!

As for Higa, he went with the rap battle roast—burning himself for being an Asian college dropout, losing a Teen Choice Award, and never being on Ellen. All solid burns for a YouTube celebrity, delivered from the guy who knows best.