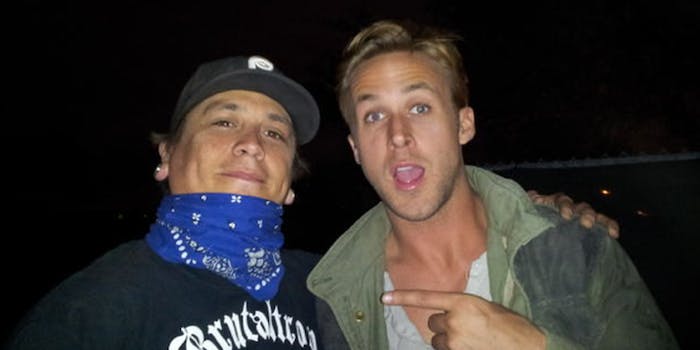 The only thing more talked about this weekend at Fun Fun Fun Fest than Danzig's meltdown was the appearance of Ryan Gosling.

It seems that every time actor Ryan Gosling does anything, a meme is born.

The Hollywood heartthrob was in Austin, TX this weekend at Fun Fun Fun Fest, filming a movie with The Tree of Life director Terrence Malick. And, everyone freaked out accordingly. (full disclosure: so did I.)

The blog, created by writer Austin Kleon, posts fan-submitted pictures of Gosling at the festival, from the creepy to the fantastic. A few dozen of photos have been submitted and more than 500 people follow the blog, Kleon wrote in an email to the Daily Dot.

Kleon said he doesn’t know where the idea came from but joked he saves “the dumbest ones for the Internet.” He chose Tumblr for its ease of use and built-in social features that make it a “fun place to hang out.”

Reaction to the blog has been mostly amusement, but he did lash back at Gawker’s overly snarky post, “Austin Breaks Character and Gets Weird about a Celebrity.”

“The idea that a Tumblr says anything significant about a city like Austin is totally absurd,” he responded.