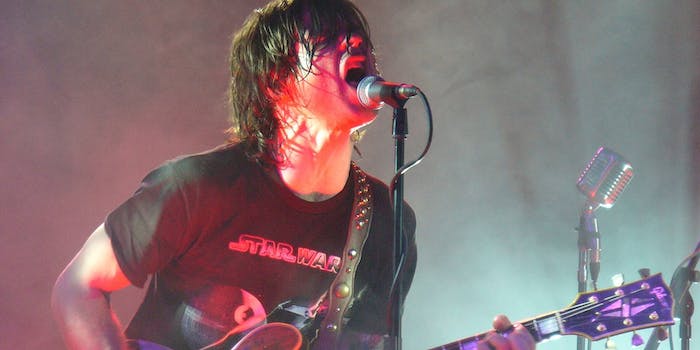 A cover song 13 years in the making.

Whether you know him best as the solo artist, the frontman for Whiskeytown, or as the recently departed ex-husband of Mandy Moore, Ryan Adams is enigmatic, and his performance on Wednesday night does pleasantly little to explain the musician’s inner workings.

Some backstory before we get to the delightful alt-folk stylings of Mr. Adams: When he played a show in 2002 at the Ryman Auditorium in Nashville, a fan jokingly cried out that he should play a song by Bryan Adams—after all, their names sound so similar. Adams was far from thrilled at the heckle. He shut down and refused to play another note until the fan left.

On Wednesday night, 13 years later in the same Nashville venue, Adams launched into the other Adams’ eternal hit song “Summer of ’69,” unprompted and without explanation. It comes across as an apologetic wink to his fans and suggests a much more mature musical artist at work.

And the crowd went nuts. Roll the tape: