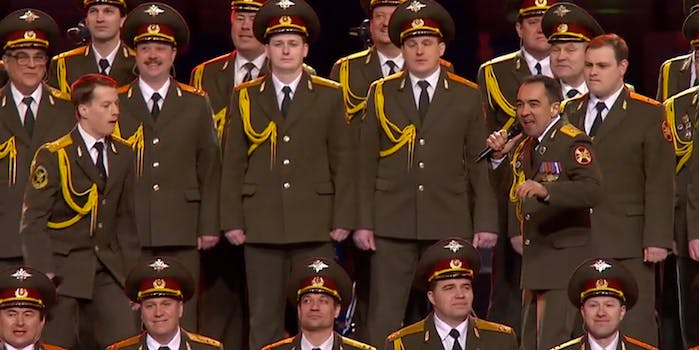 We're up all night to get more Russian Police Choir.

When the Russian Police Choir lined up to perform at the opening ceremony of the Winter Olympics in Sochi, Russia, on Friday, most people were probably prepared for a deep and sad anthem to Mother Russia. What else could come from the stoic Russian Ministry of Internal Affairs?

Fortunately, the Russian Police Choir shattered our stereotypes and got down to a funky rendition of Daft Punk’s “Get Lucky.” Even the older guys in the back seem to crack a smile as the younger fellows dance as best they can in starched uniforms.

Russian cops singing a tune written by a pair of French electro-pop artists and American singer/producer Pharrell Williams? I guess the Olympics really do bring nations together, if not for sport then definitely under the banner of dance music.