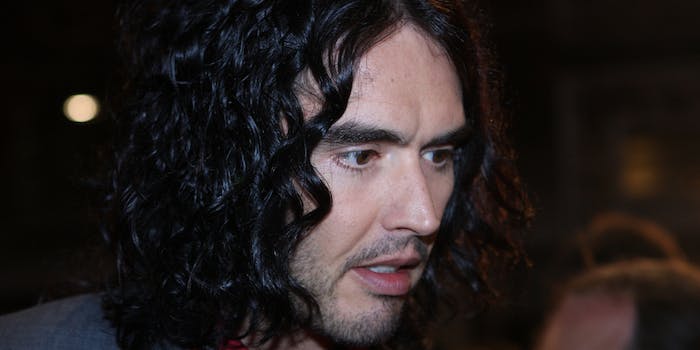 Actor and comedian Russell Brand was threatened with arrest for filming his show outside Fox News studios in New York City. Fortunately, the cameras were rolling.

Brand, who’s reinvented his career as a anti-corporate, pro-democracy rabble-rouser, had a reason to film a segment for his YouTube news show, The Trews, outside of Fox’s building. He was recently bumped from The Sean Hannity Show, he said, so he set up shop as close as he could get. Security, as you might imagine, didn’t appreciate that, and threatened him with arrest.

Brand, cheeky as he is, instead goes inside the building and asks to see Hannity’s studio and asks to “touch some stuff.” Sadly, that request was denied.