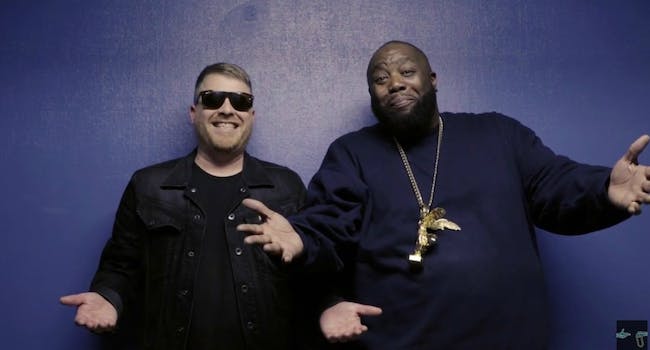 The newest album from Run the Jewels was supposed to be released Jan. 13. Instead, Killer Mike and El-P had a Christmas surprise in store for their fans.

The duo released the album, RTJ3, on Christmas Eve.

Even better for all the RTJ fans: It’s free and available for download on the group’s website. Or you can listen to it via Spotify.

As Pitchfork points out, Danny Brown, Kamasi Washington, BOOTS, and Trina are among those who make guest appearances on the record. Also, Rage Against The Machine’s Zack de la Rocha makes an uncredited appearance on the final track “Kill Your Masters,” a move that drew rave reviews from some fans.

When Zack de la Rocha appears out of nowhere to KILL that last track. pic.twitter.com/ryYzzPzMJM

When Zack de la Rocha came in on that last verse my head almost imploded. I felt like a little kid who got what he wanted for Christmas.

Run the Jewels also will showcase its acting talents. Here’s the duo on the season premiere of Portlandia.

That episode airs Jan. 5 on IFC.