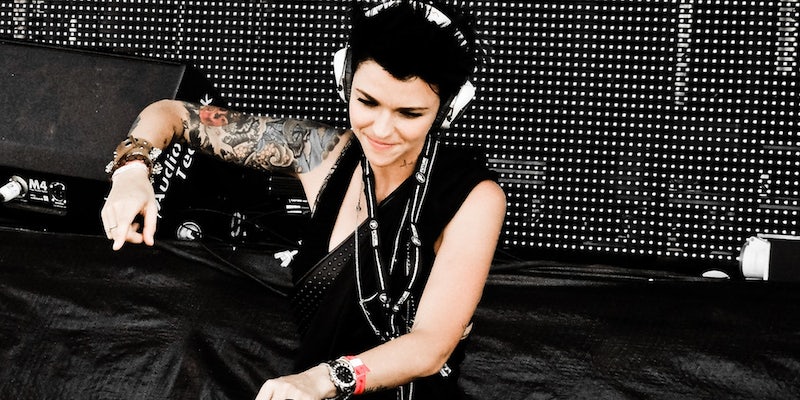 There’s a new inmate headed for Orange Is the New Black, and she’s got an accent.

Ruby Rose, a 28-year-old out Australian model, revealed her new gig for season 3 in Elle Magazine. Netflix confirmed the casting to BuzzFeed, and the Internet is already celebrating. Rose will reportedly play Stella Carlin, an object of lust for both Piper and Alex, according to Elle. Before she checks in at Litchfield, here are five things to know about the Australian stunner.

Rose entered the modeling business thanks to a 2002 modeling competition run by Australian teen girl magazine Girlfriends. She came in second to fellow model Catherine McNeil, with whom she had a longstanding on-again, off-again relationship, including stint where they were engaged, according to reports.

4) She identifies as gay

Rose is currently engaged to marry Phoebe Dahl, granddaughter of Roald Dahl. Rose announced the engagement on Instagram last year, and wears a vial of Dahl’s blood around her neck.

Aside from modeling, Rose is also a former MTV VJ in Australia, as well as a DJ. She’s also designed a boutique clothing line and has acted before, in 2013’s Around the Block alongside Christina Ricci and Jack Thompson.

1) She made this incredible short

If you want to know definitively why everyone is so excited about Rose joining the cast, look no further than Break Free, Rose’s provocative short film where she transforms from a highly femme presentation to a tattooed and butch one.