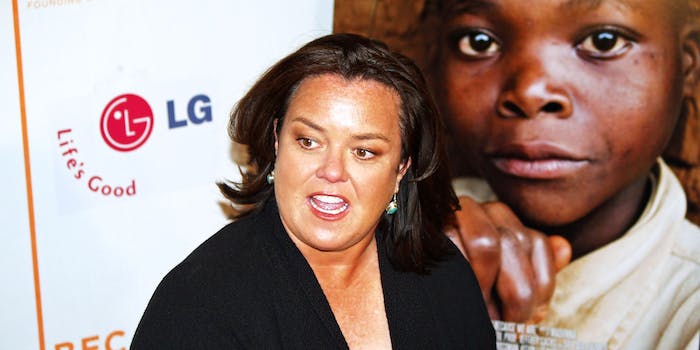 Former View host Rosie O’Donnell is reaching out to the Internet to help find her 17-year-old daughter, who has gone missing.

According to O’Donnell, her daughter Chelsea hasn’t been seen since Aug. 11. She left home with her 6-month-old therapy dog named Bear. She was wearing a black hoodie, dark blue ripped jeans, and gray Converse sneakers. She also had on a black backpack and has a tattoo of a dream catcher on the right side of her body. Cindi Berger, spokeswoman for the family, says that Chelsea isn’t carrying any money or a phone.

O’Donnell added that “Chelsea stopped taking her medicine and is in need of medical attention.”

“Chelsea, like millions of people, lives with mental illness,” Berger told CNN. “It has been a difficult road for Chelsea and her family, and they just want her back safe.”

Nyack, New York, police have been searching for Chelsea O’Donnell since Sunday near Rockland County—where O’Donnell has a home. On Tuesday, she took that search to social media to see if any of her millions of followers had any information on the whereabouts of her daughter.

O’Donnell has also posted a photograph of Chelsea before she spoke up about the case, asking her to call her family.

dude was asking for u today … dude #urFAMILY #call pic.twitter.com/w9UTpGpfjI