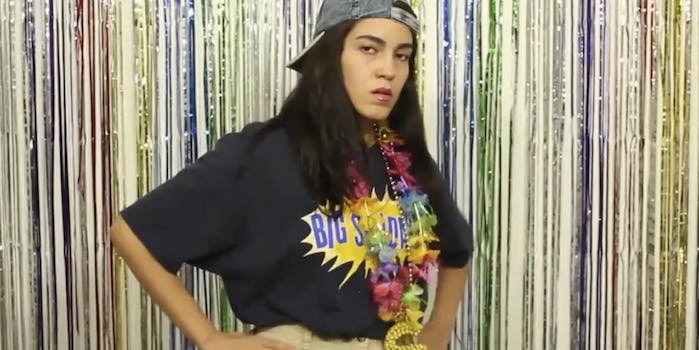 Learn the "lazysway" for your holiday weekend.

YouTube‘s favorite patriotic songstress, Rosa G, is back with a follow up to her hit “Fourth of July,” with an ode to the end of the summer called “Labor Day.”

Rosa G is a comedic rapper created by YouTuber Kara Solarte who evokes the Lonely Island in her laid-back style and delivery.  In the video for “Labor Day,” she sings about how this is when we salute American workers “for grinding hard 9-5/like a hustler/three days off to jock the last day of summer.” “Labor Day” also encourages the adoption of a dance move called the “lazysway” that virtually anyone can do. You just sway, in a lazy fashion.

When you’re grilling and avoiding your work this weekend, cue up on Rosa G tunes to inspire your own “lazysway.”