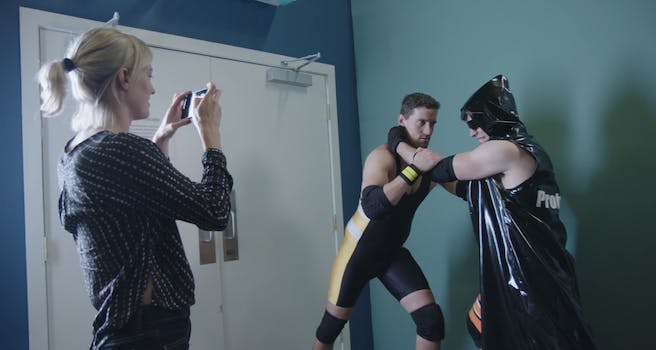 Step into the ring.

What do you do if your lifelong dream of being a pro wrestler still haunts you? If you’re James Willems, you throw yourself in the ring.

In the new Rooster Teeth doc Haus of Pain, directed by Mat Hames, Willems—host of gaming channel Funhaus—joins forces with fellow Funhauser Lawrence Sonntag and wrestler Johnny Mundo to find out exactly what you have to put your body and mind through to become a wrestler.

The doc debuts via Rooster Teeth’s FIRST on April 28.