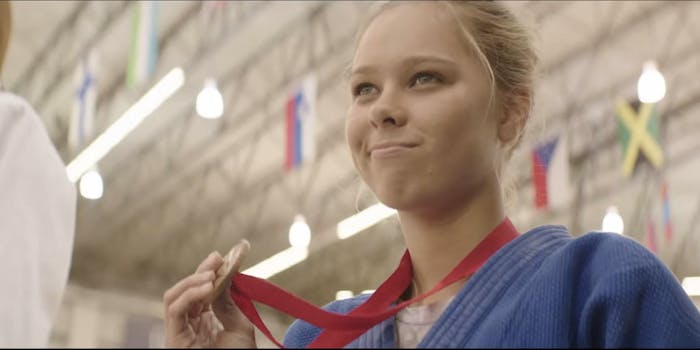 The fight is a month away, but this will get you excited.

Ronda Rousey wants you to get excited for UFC 193. The mixed martial artist posted a promotional video for the upcoming event, with a special guest making an appearance.

Rousey’s 17-year-old sister, Julia De Mars, plays a young Rousey in the clip, beating up boys at school and standing on a podium accepting a medal.

De Mars is 11 years younger than the 28-year-old Rousey, who is skyrocketing in popularity as the face of UFC. Rousey will fight Holly Holm at the bout on Nov. 14.