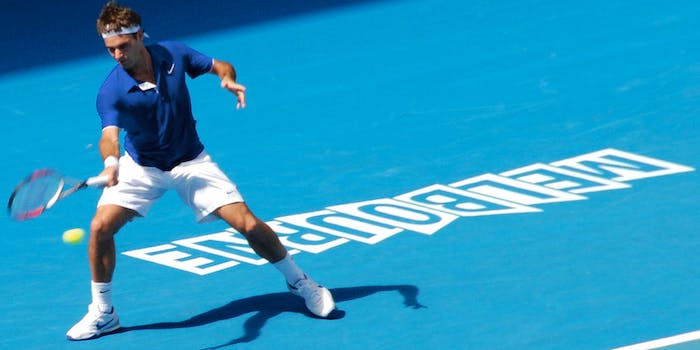 When you have Air Jordan smiling, you know you've done something special.

You know you’ve accomplished an incredible sport feat when you have Michael “I believe I can fly” Jordan grinning like a child.

During a match Sunday against Australian tennis player Marinko Matošević, 29, racquet god Roger Federer, 33, performed a through-the-legs trick shot that dropped the jaws of everyone at this year’s U.S. Open.

This was Jordan’s exact reaction.