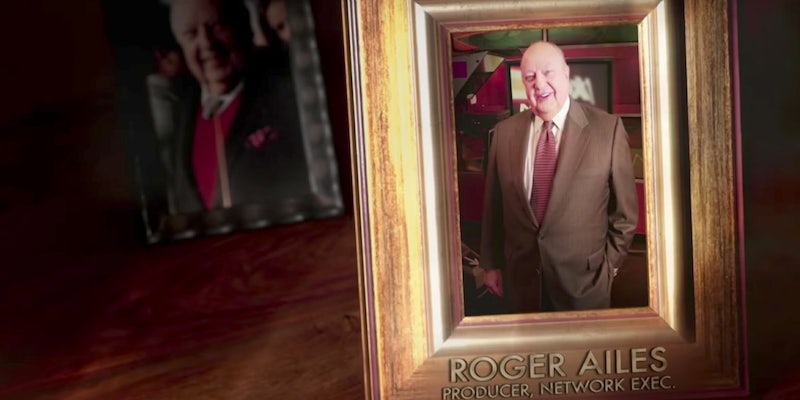 Celebs in the audience also had no love for the man accused of sexual harassment.

Viewers were displeased to see Roger Ailes, the former Fox News chief who resigned amid sexual harassment allegations, included in the “In Memoriam” segment at the Emmys on Sunday.

Ailes, who built Fox News into a cable TV giant and ratings-leading network—and, as many on the left note, created a culture of misogyny and hate that garners views and clicks today—died in May at age 77.

The former CEO resigned in 2016 after former Fox and Friends host Gretchen Carlson sued him for sexual harassment. Carlson received a $20 million settlement payment, and more than 20 other women came forward to accuse the Ailes of sexual harassment.

Users took to Twitter to lambaste Ailes and the Emmys for memorializing him alongside late celebrities like Carrie Fisher, Debbie Reynolds, and Mary Tyler Moore—and for the exclusion of Charlie Murphy among others.

Roger Ailes was included in the "In Memoriam" tribute because of his lifetime of achievement as a producer of racism. #EMMY2017

Don't sell him short. There was also the sexism, the sexual harassment, the black ops, the toxic perversion of fact… https://t.co/2OGP6Z5BTj

Beyond shocked Emmy's would honor Ailes in memoriam. What message does it send to women (and men)?

Roger Ailes is probably the person most responsible for the current toxicity of our political landscape. #Emmys shouldn't have honored him.

It didn’t seem like those in the audience were too enthused to see his face in the montage, either.

The absolute SILENCE during #RogerAiles on the #Emmys #inmemoriam was not at all missed. What a monster.