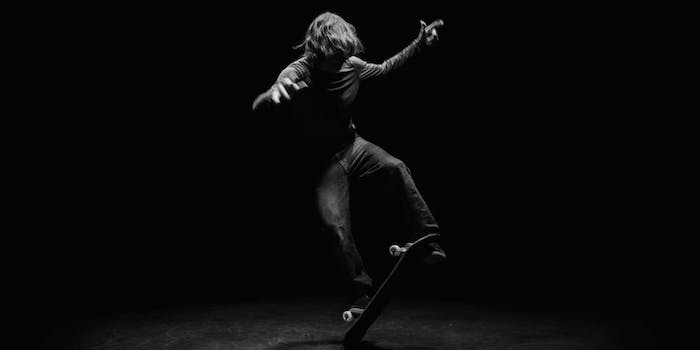 If you’re in the market for new stuff to try out on your skateboard, look no further.

More than 30 years ago, Bones Brigade member and legendary pro skater Rodney Mullen invented many of the tricks that modern skating is based upon. And even though he doesn’t release much new video of his work these days, he’s apparently still cooking up moves.

Mullen collaborated with fashion photographer Steven Sebring in a state-of-the-art 360 video studio for his first major release of footage in 12 years, and it includes several never-before-seen tricks.