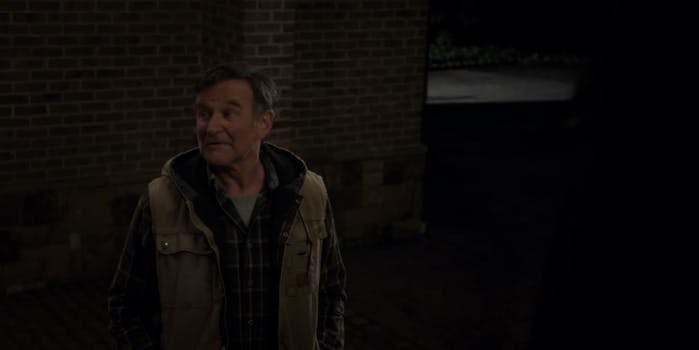 Watch the trailer for one of Robin Williams’s last movies, ‘A Merry Friggin’ Christmas’

The picture is one of two Williams had completed before his suicide earlier this year.

Before his suicide two months ago, actor/comedian Robin Williams had completed filming on two movies that are being released this holiday season. The first is A Merry Friggin’ Christmas, the trailer for which has been released. Watch in the video below.

In the Christmas comedy, Joel McHale plays Boyd Mitchler, who is forced to spend the holidays with his quirky, dysfunctional family. When he realizes he left all of his son’s presents at home, Boyd and his father (Williams) embark on an eight-hour road trip to try to get the presents and make it back before dawn. The movie co-stars Candice Bergen as Boyd’s mother and Lauren Graham as his wife.

After Williams’ death, McHale told Access Hollywood, “[Working with Robin Williams] was one of the greatest experiences of my life. … I can’t believe, I still can’t believe how it all went down. It’s horrible.”

A Merry Friggin’ Christmas is due out in November and A Night at the Museum: Secret of the Tomb, in which Williams reprises his role as Teddy Roosevelt, is due out in December. Those are his final on-screen appearances, though he did lend his voice to a movie called Absolutely Anything, due out in February 2015.