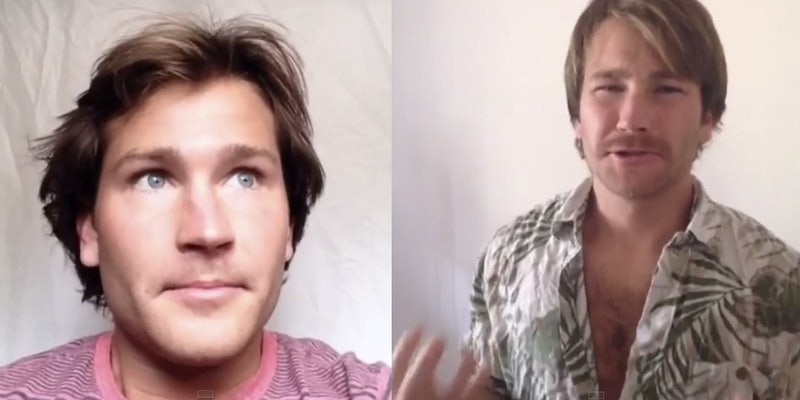 Twenty of Williams' best characters are embodied in this Vine compilation.

While the pain of Robin Williams’s death last year is still fresh, one thing that helps soothe is laughter. A new video from actor Jamie Costa does just that, paying tribute to Williams with 20 spot-on impressions of the late comedian.

Embodying his characters from TV and film, Costa does bits from Mork and Mindy, Flubber, The Birdcage, and many more of Williams’s iconic lines and faces.

Costa culled the video compilation from his popular Vine channel, which boasts 240,000 subscribers. He’s a former Citadel cadet who dropped out to pursue his passion for acting.

Williams isn’t the only impression Costa can nail. He’s also uploaded compilations of Matthew McConaughey and characters from The Lord of the Rings. Still, his turn at Williams will leave you both impressed and nostalgic for the late, great funny man.