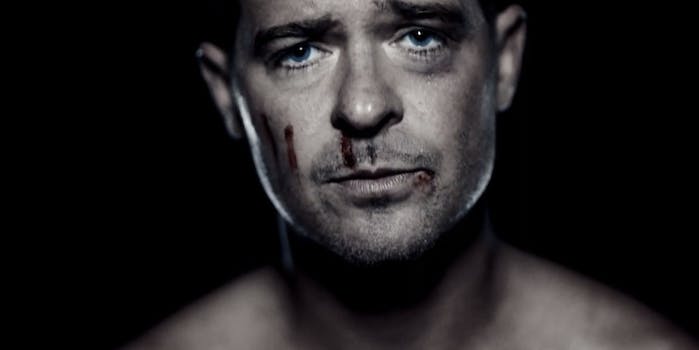 The singer is working really hard to get his estranged wife back.

Robin Thicke is working really hard to get estranged wife Paula Patton back. Case in point: his new music video for a song literally titled “Get Her Back.”

Thicke once again finds himself cooing into a camera with a gorgeous model lurking in the background, but this video also features something a little different: recreated text conversations, possibly similar to those between Thicke and Patton after their split.

The video offers a plethora of (really sad) clues as to what led Patton to walk away from the decade-long marriage:

Thicke sheds some tears and ends his video with one final text: “This is just the beginning.”