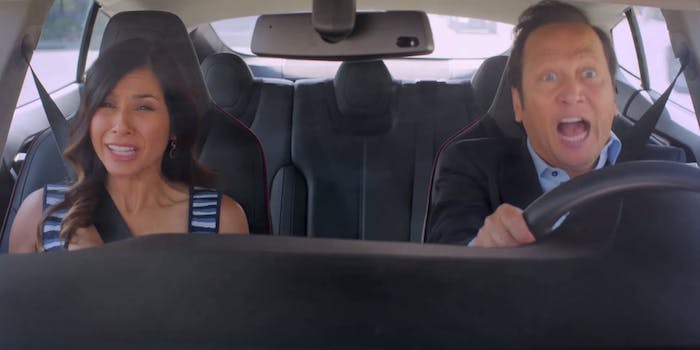 SNL alum Rob Schneider is back with another semi-autobiographical sitcom about a white guy who’s married to a Mexican woman and just trying to figure it all out. This one is for Netflix and it’s called Real Rob.

Back in 2011, CBS famously changed the name of Schneider’s then-sitcom from ¡Rob! to Rob after getting pushback from viewers (the show was cancelled shortly thereafter), and a lot of this trailer feels like Schneider taking a second swing at the show he’d envisioned.

“See!” the wife character’s reference to Ryan Gosling seems to shout. “I’m not a stereotype!”

The “claustrophobia: the gayest of all phobias” joke at the end of the trailer doesn’t bode well, but hopefully Schneider has learned that he can poke fun at the day-to-day of things like race and sexuality without stumbling into problematic territory. Mainstream culture has come a long way on social-justice discourse since the last time he was in the limelight, so it’s safe to say that America will be tuning in with a more critical lens than it was the last time around.