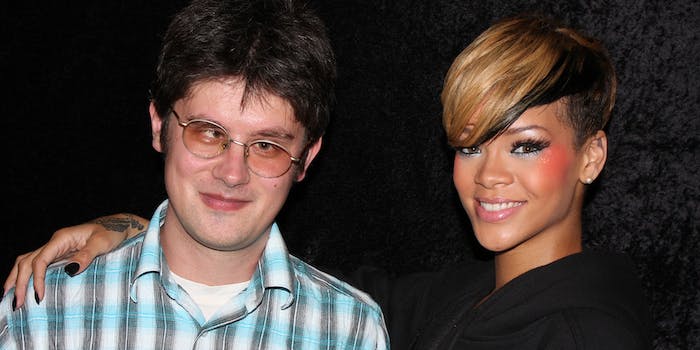 It's like Saturday Night Live's Shy Ronnie come to life.

Rihanna, Instagram’s patron saint of NSFW content, clearly isn’t afraid of her sexuality. The Barbadian beauty has a well-documented social media history of embracing the body that she was blessed with, but when it comes to literal embraces, not everyone is as confident.

Case in point: Both the luckiest and most awkward fan to ever share the stage with Rihanna.

As the singer starts her slow grinding on the bespectacled boy at a recent concert, the hover hands begin. Like the world’s sexiest LensCrafters employee, she slips off his glasses mid-giration, only worsening the case of what doctor’s have dubbed Ricky Bobby paralysis. Somehow, he triumphantly salutes every nerd Rihanna fan with a rock hand before disapperaing under the stage where he was likely pronounced dead.