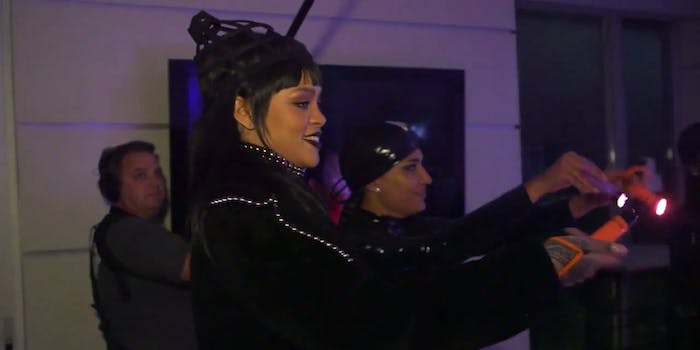 Finally, Jimmy Kimmel gets a taste of his own prankster medicine

Jimmy Kimmel has finally had the pranking tables turned on him.

Usually the one pulling the wool over the Internet’s collective eyes, he got a literal wakeup call in the form of Rihanna, who wanted to get him good. Showing up in the middle of the night the day she was scheduled to appear on Jimmy Kimmel Live, she had plenty of help from a film crew and Kimmel’s wife, Molly McNearney, who gleefully let the singer into their home.

He’s groggy but in good spirits afterwards, which is about as good a reaction as you can hope for, as he admits defeat. But almost a day later, he’s still curious about why the “bitch” in Rihanna’s new song owes her money.