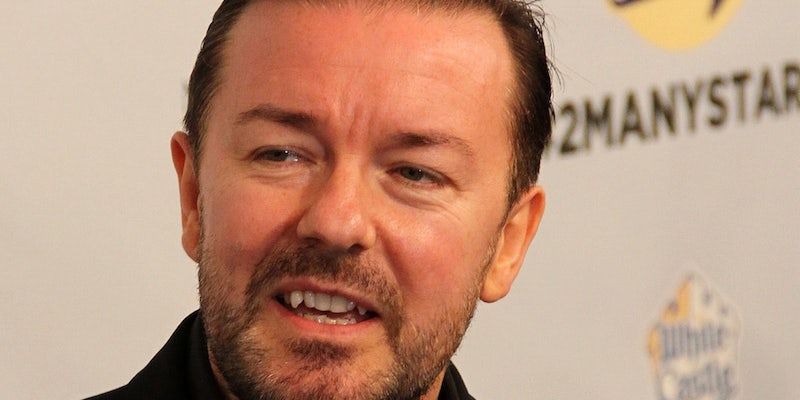 They made him an offer he couldn't refuse.

Netflix has a thing for Ricky Gervais. It just debuted his Derek special on Friday, and now it’s picked up his new feature film, Special Correspondents.

Eric Bana stars as a radio journalist in New York City who decides to cook up fake war reports from his hideout above a restaurant. The film is an original for Netflix and won’t be released in theaters. Netflix Chief Content Officer Ted Sarandos described it as a “smart social satire with heart.”

Gervais had this statement about the project: “Having shaken up the TV industry, Netflix is about to do the same to Hollywood. It’s great to be part of the changing future. Ted Sarandos is the new Godfather of entertainment and he made me an offer I couldn’t refuse.”