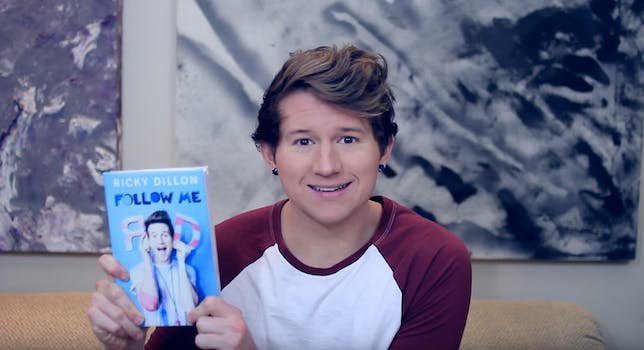 The vlogger-turned-singer is joining the growing publishing trend for YouTube stars.

Dillon announced Follow Me, his first memoir, with an epic video that includes ATV racing, Japanese snack tasting, and even swimming with sharks.

Dillon joins the growing trend of YouTubers turning from video to the printed word to diversify their talents. His memoir will detail life behind the camera and his fitness and lifestyle regimen for his 2.8 million fans.

It’s is already an eventful year of Dillon, who launched his album, GOLD, and booked a tour with fellow former Our2ndLife member and singer, Trevor Moran. “Problematic,” Dillon’s debut single off GOLD, featured a verse and video appearance from hip-hop legend Snoop Dogg.