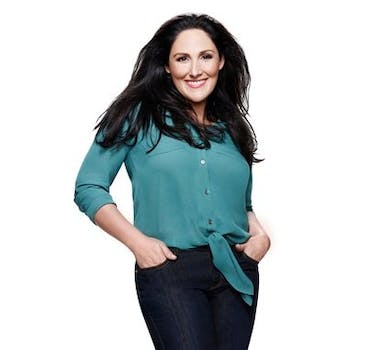 Ricki Lake builds online community around her return to TV

Ricki Lake is embracing social media as she launches her new show, but her daytime chat competitors already have strong online followings of their own.

When Ricki Lake’s talk show returns to television this fall, it will cover topics a stay-at-home mother expects from a daytime program—like bikini waxing, cheating spouses, and diet don’ts—but with a major social media element.

A new social networking website revolving around Lake and her syndicated show will launch in tandem when her talker bows Sept. 10, according to Ad Age. “Friends of Ricki” is an interactive website to communicate with fans, create “meet-ups,” and encourage people to respond to the show with self-recorded videos.

“This is the first time that viewers will be able to interact with a show across all platforms in real-time, by uploading videos, voting, commenting and sharing across their social networks,” said Lake to Ad Age.

The talk show has recently started ramping up postings on its Twitter, YouTube, and Facebook accounts as a way to boost promotion for the freshman show. The interactivity is a way to not only engage fans between shows’ airings but to help produce the show.

Lake has been a mainstay in the daytime television arena as she hosted a popular talk show of the same name from 1993 to 2004. The show focused on sensationalized topics with Lake frequently interacting with the studio audience.

Her new show’s stab at social media will also set her apart from other highly anticipated talkers, like news queen Katie Couric’s new chat show. Couric has been active on Twitter this summer, siphoning stories from people about their “you only live once” moments with the hashtag #YOLOKatie.

Another high profile competitor in the talk show field is Anderson Cooper, who will tape his show live this season. Cooper’s team also recently debuted a new Instagram profile in addition to his active Tumblr and Facebook presences.

But ultimately it depends on the shows’ ratings, and not their social media metrics, to earn a run like Oprah’s.