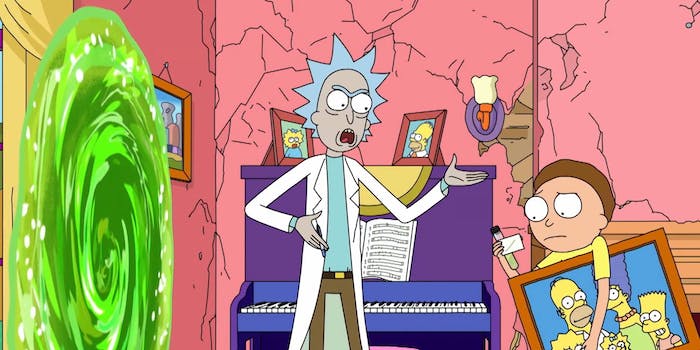 ‘Rick and Morty’ meets ‘The Simpsons’ in this hilarious couch gag

This guest spot is pretty crazy.

What if The Simpsons and Rick and Morty did a mashup? Sounds like the intoxicated stupors of a friend who dreams a bit too vividly, doesn’t it? Well, it happened.

Over the past few years, the Simpsons family have found themselves in various adventures, and misadventures, all occurring on that prominent pink couch. We’ve seen couch gags inspired by everything from Lord of the Rings to Banksy, which were bizarre to say the least. But this one might take the cake for the most surreal gag yet.

The Rick and Morty couch gag will air this Sunday during The Simpsons‘ season finale.