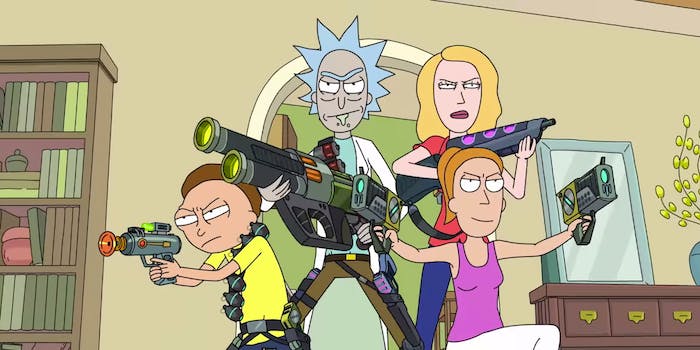 ‘Rick and Morty’ gets even weirder in the season 2 trailer

After a season full of interdimensional space travel, dog-fueled dystopias, and utter insanity, Rick and Morty could only get even weirder.

The show’s second season from creators Dan Harmon and Justin Roiland (the latter who voices the titular characters) promises to be just as weird as Rick drags his grandson on even more wacky and dangerous adventures. But this time around it looks like the rest of the family will get even more involved in killing a bunch of aliens to the tune of “Weird Science.”

And no matter how much Jerry protests, they’ll just let Rick keep doing what he’s doing. Life would be a lot more boring for them (and us) otherwise.