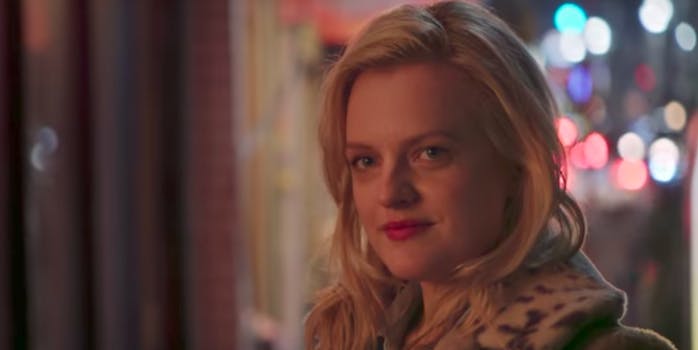 After wrapping up his tenure as director for HBO hit show Girls, director and writer Richard Shepard decided to produce a webseries that soon evolved into a 30-minute short film, Tokyo Project. It follows Sebastian, a businessman who hits it off with a photographer named Claire. The film premiered at the Tribeca Film Festival before being picked up by HBO.

In the sweepingly gorgeous 58-second trailer, Elisabeth Moss (Mad Men, The Handmaids Tale) and Ebon Moss-Bachrach (Girls) travel the streets of Japan with quick shots of a sake bar, neon signs, and zipping subway trains. We see the pair walking hand-in-hand. The director touched on the elements that brought this story to life from the inspiration he drew from Tokyo.

“This was really a tone piece. It’s about mood, it’s about loneliness. It’s about connection and travel,” Shepard tells the Daily Dot. “I felt if I could put actors in that city, there is enough romance, to me, in it that could create something interesting.”

Shepard chose Tokyo as the setting for this film after shooting episode 3 from season 5 of Girls, “Japan,” in the eclectic world capital. He was inspired to cinematically explore a chance meeting between two aimless individuals. From sake bars and back alleys to ramen shops around the corner, the moody drama takes place all over town. Shepard made it a point to take his crew wherever the moment felt right.

During filming Shepard was keen on exploring travel from the perspective of two people searching for something on an emotional level. When most people think of travel, he says, we’re all usually idealizing a dream destination with the perfect temperature, delicious food, and beautiful landmarks for our eyes to devour. But it’s also a chance to scrub off the slate and start again.

“When you travel… you can be anyone you want to be,” Shepard explains. “ I kind of like the idea that these two people have sort of reinvented themselves for reasons you find out through the course of the movie. The further away from home you are, the more you can reinvent yourself.”

Although Shepard was mum on dishing out any details about the characters themselves and the storyline, the short’s stellar cast, setting, and romantic meet-cute is enough for us to tune in.

“I think it is food for thought and hopefully people will feel like they had a romantic adventure themselves,” Shepard says.

Tokyo Project is now streaming on HBO Go. Still not sure what to watch on HBO? Here are the best movies on HBO, the best HBO documentaries, and what’s new on HBO Go this month.