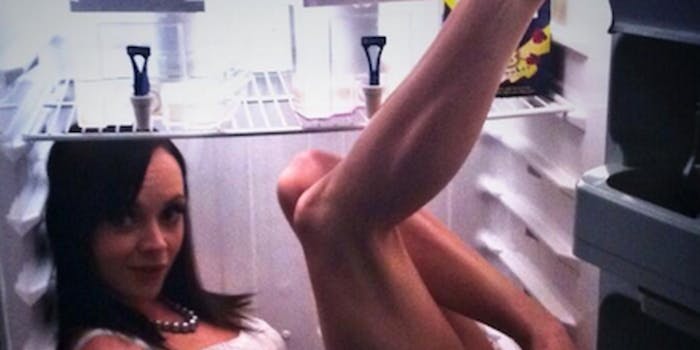 Christina Ricci has the Internet crawling into fridges to take selfies

Sometimes it's best if you can't fit in there.

This week alone, we’ve seen both Jennifer Lawrence and LeBron James turned into hashtag memes on Twitter, Instagram, and Vine, as people replicate their Golden Globes attire and on-court theatrics, respectively. Actress Christina Ricci has inspired the latest round of imitation, based on her ability to fit into small spaces.

Yes, pants would have been more appropriate fitting-into-fridge attire. But, hey, I saw my opportunity and took it. pic.twitter.com/s3lhRg9Bg3

And now, people are #Riccing.

This guy attempted #Riccing and #Lawrencing. But was there any #LeBroning? Who will shoot that three-pointer and explode the Internet?

If this trend catches on, it will definitely end in someone having to be extracted from something. Possibly the Jaws of Life will be called in. Or perhaps it will be turned into a game show of some sort.

Related: Someone just wrote a song about this.